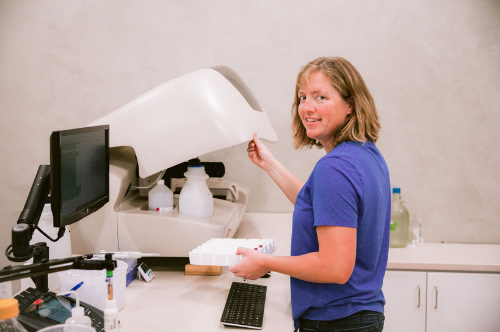 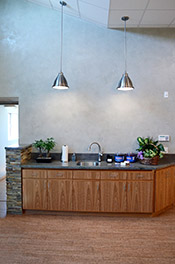 Over time, the lab expanded its services beyond grapes and wine. BWGA earned approval from The California Olive Oil Council to provide chemical certification for extra virgin olive oil.  Microbial services such as bottle sterility, microbial cultures, yeast count & viability and DNA analysis have been added to the lineup. Distilled spirits, kombucha, cider and beer analysis services were also added as those local industries began to thrive.

The laboratory moved to its current location near downtown Paso Robles in 2015.  Our team loves providing great service and accurate results for the industries we serve, and we always look forward to working with you! 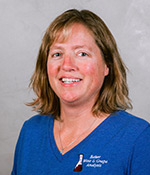 Heather Mikelonis
Owner
In 2006 Heather began working at Baker Wine & Grape Analysis to help with accounts and upgrade the technological processes. With a Master’s Degree in Therapeutic Recreation from Indiana University, her expertise was not initially in the science field but Heather quickly became an integral part of the lab. After 15 years of working in all areas at BWGA, Heather purchased the lab from Dr. Brenda Baker. She is excited to continue operating Baker Wine & Grape Analysis as an asset to the wine, cider, olive oil, beer and spirits industries. 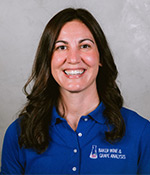 Rebecca Chapman
Lab Chemist, TTB Certified Chemist
Rebecca joined our team in 2019 as a Lab Chemist with a strong background in science and the wine industry and is also a TTB Certified Chemist. After graduating from West Virginia University, Rebecca began her career in a Molecular Biology lab for the Centers for Disease Control. She has also worked in public health and clinical research.  During a few months off to take a breather, Rebecca went out on a whim and answered an ad for a harvest intern in Oregon. This began her journey in the wine industry where she worked multiple harvests between the US and New Zealand while also completing the UC Davis Winemaking Program.  Rebecca recently obtained her WSET Level 3 Certification. 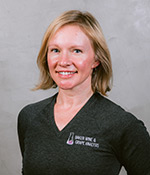 Amy Freeman
Lab Chemist, TTB Certified Chemist
Amy joined the lab in 2019 with over two decades of experience in the wine industry and we are happy to have her on the Baker Team!  Amy has a B.S. in Nutrition from the University of Minnesota-Twin Cities, expertise in both wine production (she has done it all from lab tech, cellar worker, enologist, assistant winemaker to winemaker) and in the vineyard, and is a TTB Certified Chemist. She is an active volunteer with the Vineyard Team and is on both the SIP Certified Vineyard and SIP Certified Winery technical advisory committees. During her free time when she is not out hiking or skiing with family or friends, she is also on the board of ECHO and a soccer coach. She is always happy to be fostering the amazing sense of community that exists on the Central Coast. 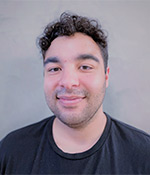 Stephan Brown
Lab Chemist
Stephan joined the BWGA team in 2022 after obtaining a degree in Biochemistry from Fresno State in 2021.  His first job out of college was as an Analytical Chemist in the volatile chemical department of a lab contracted by the US Department of Defense.  Stephan's hobbies include traveling and cooking.  He's been to West Africa, Italy and South America and is looking forward to his next big trip to either Germany or Thailand, although he's not sure which country he'll visit first.  He grew up cooking with his Great-Grandmother and that is something he has not let go of; his most famous dishes include gnocchi, mac and cheese and baked ziti.  Stephan grew up in Paso Robles and is excited to be back in his hometown and part of the prestigious wine industry it is known for. 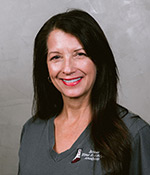 Barb McFadden
Bookkeeper
Barb began her career in the banking industry and has been our bookkeeper since 2015. After raising a family and running a successful electrical contractor company with her husband Russ in Thousand Oaks, they decided Paso Robles would be an ideal place to relocate.  With over 25 years of bookkeeping experience, a great sense of humor and a genuine interest in the wine industry, she is a perfect fit for Baker Wine & Grape Analysis. 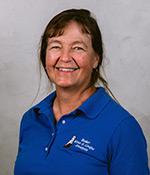 Dr. Brenda Baker
Founder, TTB Certified Chemist
Dr. Brenda Baker earned the title of TTB (Alcohol and Tobacco Tax and Trade Bureau) Certified Chemist in December 2002 and has been analyzing wine and juice for an ever expanding customer base since. Dr. Baker earned her Doctorate in Biochemistry from Colorado State University in 1992 with an emphasis on protein chemistry, and taught Chemistry at the University level at Colorado State University, University of Colorado and Cal Poly, San Luis Obispo. In 2022, Brenda sold the business to her long-time Operations Manager, Heather Mikelonis. 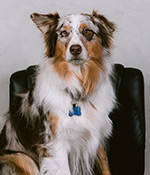 Cinnamon Girl
Happiness Coordinator
Also lovingly known as Cinna - she became a member of the Baker puppy crew in the summer of 2017. With her adorable eyes and super smart brain, we are glad to have her here to entertain us and give a friendly welcome to all of our customers!

What Our Customers Are Saying

Baker Wine & Grape Analysis has the coolest staff and the best snacks in town! Not to mention their lab results are super accurate, turn around times are quick. Whether its juice or finished wine Levo trusts BWGA with all our lab analysis.

Levo, Bret Urness
Our Services
About Us
Resources & References